China has started the implementation of a GNSS system known as BeiDou Navigation Satellite System (BDS). The system is 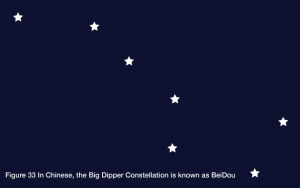 being implemented in two phases: the initial phase provides regional coverage, while the second phase will provide global coverage.

The second phase of the BeiDou system is planned to be completed by the end of 2020 and will provide global coverage with enhanced regional coverage. The space segment will consist of a constellation of 5 GEO, 3 IGSO and 27 MEO satellites, as shown in Table 7.

The BeiDou signals, based on CDMA technology, are summarized in Table 8. Three levels of service will be provided: