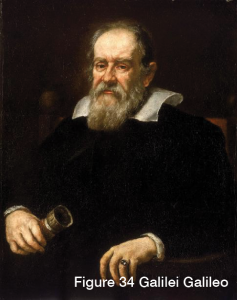 “Measure what is measurable, and make measurable what is not so.” Galilei Galileo, Italian physicist, mathematician, astronomer, and philosopher.

In May 1999, a mountaineering expedition carried a GPS receiver to the summit of Mount Everest, allowing them to accurately measure its elevation at 8,850 m (29,035 ft). We think Galileo would have been happy.

Galileo, Europe’s planned global navigation satellite system, will provide a highly accurate and guaranteed global positioning service under civilian control. The United States and European Union have been cooperating since 2004 to ensure that GPS and Galileo are compatible and interoperable at the user level.

By offering dual-frequencies as standard, Galileo will deliver real-time positioning accuracy down to the metre range, previously not achievable by a publicly available system.

Galileo will guarantee availability of service under all but the most extreme circumstances and it will inform users, within seconds, of a failure of any satellite. This makes it suitable for applications where safety is crucial, such as in air and ground transportation.

The first experimental Galileo satellite, part of the Galileo System Test Bed (GSTB) was launched in December 2005. The purpose of this experimental satellite was to characterize critical Galileo technologies, which were already in development under European Space Agency (ESA) contracts. Four operational satellites were launched, two in October 2011 and two in October 2012, to validate the basic Galileo space and ground segment. In coming years, the remaining satellites will be launched, with plans to reach FOC likely sometime after 2020.

The Galileo space segment is summarized in Table 9. Once the constellation is operational, Galileo navigation signals will provide coverage at all latitudes. The large number of satellites, together with the optimization of the constellation and the availability of the three active spare satellites, will ensure that the loss of one satellite has no discernible effect on the user segment. 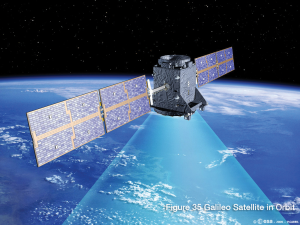 Two Galileo Control Centres (GCC), located in Europe, control the Galileo satellites. Data recovered by a global network of thirty Galileo Sensor Stations (GSS) will be sent to the GCC through a redundant communications network. The GCCs will use the data from the sensor stations to compute integrity information and to synchronize satellite time with ground station clocks. Control centres will communicate with the satellites through uplink stations, which will be installed around the world.

Galileo will provide a global Search and Rescue (SAR) function, based on the operational search and rescue satellite-aided Cospas-Sarsat2 system. To do this, each Galileo satellite will be equipped with a transponder that will transfer distress signals to the Rescue Coordination Centre (RCC), which will then initiate the rescue operation. At the same time, the system will provide a signal to the user, informing them that their situation has been detected and that help is underway. This latter feature is new and is considered a major upgrade over existing systems, which do not provide feedback to the user.

Five Galileo services are proposed, as summarized in Table 11.